Wild as the Wind (The Dawson Brothers, Book 2) by Jessica Mills Release Blitz 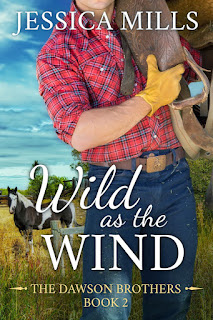 Wild as the Wind The Dawson Brothers, Book 2 Author: Jessica Mills Release Date: March 22nd #SexyCowboy #Rowdy #DawsonBrothers #ComingSoon Synopsis Ted Dawson is the second to oldest brother of the rowdy Dawson boys. With his oldest brother gone to Tennessee in search of fame on a stage of lights, Ted's forced to step up and help his aging father run the farm. He needs help, and gets it from the least likely place - a pretty little country girl from his past. The one that stole his heart when he was just a boy. The one that got away... He won't be making that mistake again.

Excerpt: “My point is, you have an awful habit of this behavior and quite frankly, I’m done!” I turned to leave, but he grabbed my hand, spinnin me back to face him. I pulled back, for a moment thinking he might try and kiss me. “Hunting frogs was our thing like going on dates was our thing. I don’t understand how you thought I’d be okay with you going out with someone else.” I tried to pull away, not liking where this conversation was going, when his tone changed. “I’m sorry.” I searched his eyes to see if there was one ounce of sincerity and after a long pause, his shoulders deflated and he loosened his grip on me. “I have been a stubborn asshole and I’m sorry for what I said earlier. I’m sorry for everything. I should have taken you to that stupid dance myself. I’ve been mad at myself for years that I didn’t.” “You sound real sincere.” I rolled my eyes and looked away from him. He’d never see it as more than a stupid dance when it meant so much to me. “Now my apology isn’t good enough? Great.” He threw his hands up in the air and stepped around me. I turned to face him, not quite sure that he wasn’t about to head straight home. He mumbled something to himself and then met my eyes. “Nothing I do is right these days, I don’t know why I bother trying. Shit’s piling up on the farm, I let the fuel supply run out, and I still can’t get the damned the computer system up and running. I’m failing at everything, I don’t know why I thought I could fix us. If you’re done with me, I guess there’s nothing to fix.” I felt bad that things were going so poorly for him, but I didn’t know what to say to make them any better. I didn’t want to be done with Ted, not ever, but for some reason, I didn’t know what more to say. Maybe if we stopped worrying about each other and our failed relationship, we could both move on to better things. Maybe what Ted needed was time to concentrate on what mattered most to him, which was running his farm. Maybe it was well past time to be done with things between us because for some reason, the apology didn’t seem to change anything after all. Maybe I needed more than words. He hesitated a moment as if waiting for my response, and without another word, he walked away. And like all the other times before I wondered if it would be the last, but I didn’t chase after him. 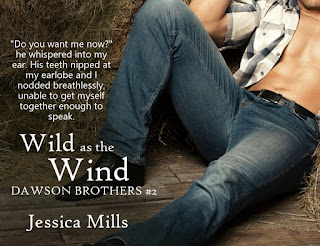